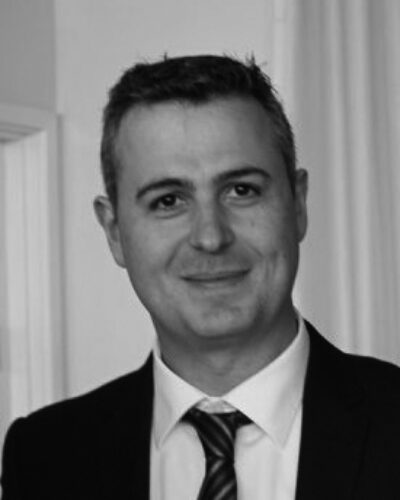 Dr Ioannis Kotsiopoulos is Secretary General for Health Services at the Ministry of Health, Greece.
He was born in Athens and studied Mathematics at the University of Athens. He continued his postgraduate studies in Manchester where he graduated with an MSc in Decision Technologies. He continued his research in decision support systems, optimisation techniques and data science problems, participated in several UK and EU funded research projects and published several papers in esteemed international conferences and academic journals. His PhD discusses semantic interoperability challenges in large scale data integration problems in the healthcare sector. Ioannis has worked in senior management roles both in Greece and the UK and has led many digital transformation initiatives. He was a founding member of the Greek DRG Institute, Deputy Chief Executive of Nea Ionia Hospital, Chief Information Officer in Dorset County Hospital, member of the NHS Digital Academy and most recently Secretary General for Health Services in Greece. Ioannis has coordinated the response of the Greek Healthcare System against the pandemic and at the same time he designed an ambitious eHealth Programme which will be funded by the Recovery and Resilience Fund. Ioannis is particularly interested in healthcare quality and learning health systems and he played a key role in the establishment of the new Organisation for Healthcare Quality in Greece (ODIPY) and the Regional Office for Healthcare Quality of the World Health Organisation in Athens.

This website uses cookies to improve your experience while you navigate through the website. Out of these, the cookies that are categorized as necessary are stored on your browser as they are essential for the working of basic functionalities of the website. We also use third-party cookies that help us analyze and understand how you use this website. These cookies will be stored in your browser only with your consent. You also have the option to opt-out of these cookies. But opting out of some of these cookies may affect your browsing experience.
Necessary Always Enabled
Necessary cookies are absolutely essential for the website to function properly. This category only includes cookies that ensures basic functionalities and security features of the website. These cookies do not store any personal information.
Non-necessary
Any cookies that may not be particularly necessary for the website to function and is used specifically to collect user personal data via analytics, ads, other embedded contents are termed as non-necessary cookies. It is mandatory to procure user consent prior to running these cookies on your website.
SAVE & ACCEPT